Rites of passage in Australia and across the globe 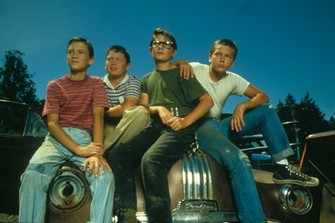 Film Stand By Me. Photo: fancarpet.com
By Nizza Munoz

Drinking, clubbing, driving, and sexual promiscuity seems to be what the descent into manhood for young males all over Australia is all about.

Unlike other cultures, young Australian males do not have clearly defined rituals and rites of passage that celebrate their arrival into adulthood.

In Australia, when a male or female comes of age at 21, a ‘twenty-first’ birthday party is held in honour to celebrate the occasion. It usually involves a gathering of family and friends, alcohol and an almighty hangover the next morning.

But is that all there is for Australia and its Western society?

All around the world, an individual’s cultural, religious and personal beliefs in their early years shape how they transpire into adults later on in life. Film adaptions such as American motion picture Stand By Me and Australian drama December Boys are even depicting the traditional ritual on screen.

Each culture has it’s own form of rites of passage but there are some common elements that overlap. There are phases, which constitute a proper coming of age ritual. These phases are: separation, transition and re-incorporation.

The separation phase sees the young man separated from his former life. In modern society, this happens when a male is enlisted in the military. His former possessions are put aside, his head is shaved, and he is given a uniform to wear. During this phase, the youth will see part of his old self extinguish and prepares to create a new identity.

During the transition phase, a young male is not altogether part of his old life or new identity and is therefore taught by ‘elders’ knowledge that will allow his to become a full-fledged member of that group. He is then placed through several tests that he must pass as an indication that he is ready for the change. In the case of a soldier, he is yelled at, exercised, and disciplined to prepare him to receive a rank and title.

In the re-incorporation phase, after having passed the challenges necessary and proven himself worthy, he is introduced back into the community. For the soldier his boot camp would come to an end and his superiors and family would join him to recognise his new status as a member of the military.

Throughout this whole process, men who have gone through this process themselves are guiding the young male through their own journey.

One of the most well known coming of age rituals is in Judaism. Young boys that practice Judaism reach their religious maturity at the age of 13 and are then bar mitzvahed. The term Bar mitzvah means son of commandment in Jewish, once the ritual is done, the new men are looked upon as adults and are expected to uphold the Jewish commandments and laws.

Rites of passage are so embedded in our lives it is difficult to say how far they date back. In Ancient Rome for instance, young Roman male rites of passage involved shaving their first beard and taking off their ‘bulla’, an amulet worn to mark and protect underage youth. He then assumes his ‘toga virilis’ or toga of manhood and is enrolled as a citizen to begin his military service.

According to sociologist and writer Michael Kimmel in Guyland, today’s 16-26 year old white males are experiencing a delayed entry into adulthood. Kimmel suggests that instead of entering the workplace and starting a family like their ancestors, they forge close friendships with male peers.

Kimmel believes that young males are shelving adulthood along with building a career to play video games, talk sports and watch pornography. He indicates that with increased sexual freedoms, dating has been superseded by ‘hooking up’, which usually involves a one-night stand, with multiple partners on different occasions. Once males of today reach the pinnacle age of 21, a ‘guy code’ has already been established and forces young men to conform to its regulations.

An aspect of coming of age for young men in Australia is when they begin to learn ‘on the job’. Boys at an early age, learn to police their masculinities and place themselves and other boys under a particular kind of surveillance.  In high school for instance, it is common knowledge that they will be harassed by other boys for not learning to embody masculinity. This in a sense can be seen as a rite of passage for Australian males as from year 7 to 12, they are being molded by their peers to reach manhood.

The purpose of traditional cultures’ rites of passage is to allow the youth to become adults. Through these rituals, the youth discovered their gifts, their vision for their community, and their own wisdom for dealing with the challenges that they will face in future. In Africa for example, they have an old proverb that states if the youth are not initiated, they will burn down the village.

Western society however, seems to think that boys who fail to take on the responsibilities of adulthood have issues with ‘modern immaturity.’ A change in masculinity over the years has resulted in some drastic revolutions in male behaviour. Traditional rites of passage that don’t involve today’s views are unfortunately suffering first hand.